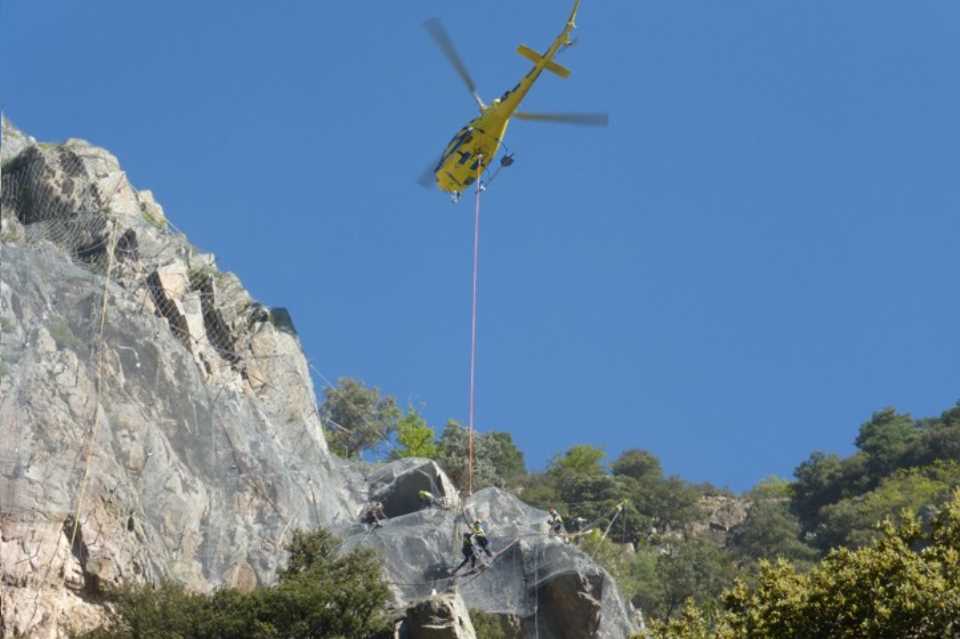 It works to stabilize the rocky slope of the Roc dels Corbs in Solana Andorra la Vella, in order to reduce the danger against possible landslides rocky large volumes (which can not be stopped by conventional protection systems currently implemented, such as the dynamic barriers).

Due to the difficult conditions of acccessibilitat (high altitude and vertical very important aspect), these works have been carried out by companies specializing in vertical work, done by professional climbing equipment and helicopter transport equipment and personnel.

These tasks have been made over the years in different phases:

The stabilization of the slope has been made with the flexible membrane system consisting of a combination of steel mesh with bolts.

The material used in the work of Phase 1 consists of wire mesh type "Pentifix" combined with 25 mm diameter bolts and 3 m in length.

In other phases used steel wire mesh high performance type "Quarox" in phase 3, type "Spider" in phases 2 and 4 and type "3S Tutor Plus" in phase 5 . The mesh is combined with horizontal steel wire reinforcement and anchor rods 35 mm in diameter and 5 m and 7 m in length, with a density of one unit bolts every 8 m2- 9 m2. The ability of the support assembly between 30 kN/m2 and 40 kN/m2. Also been made by a reinforcement bolts and anchors isolated lengths between 5 m and 9 m. 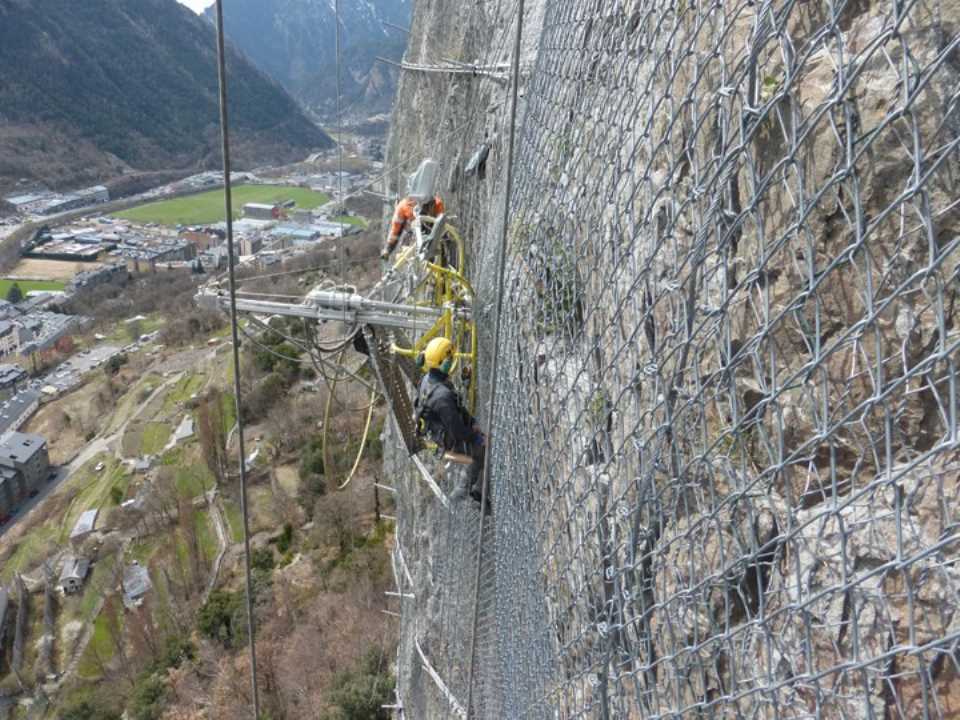 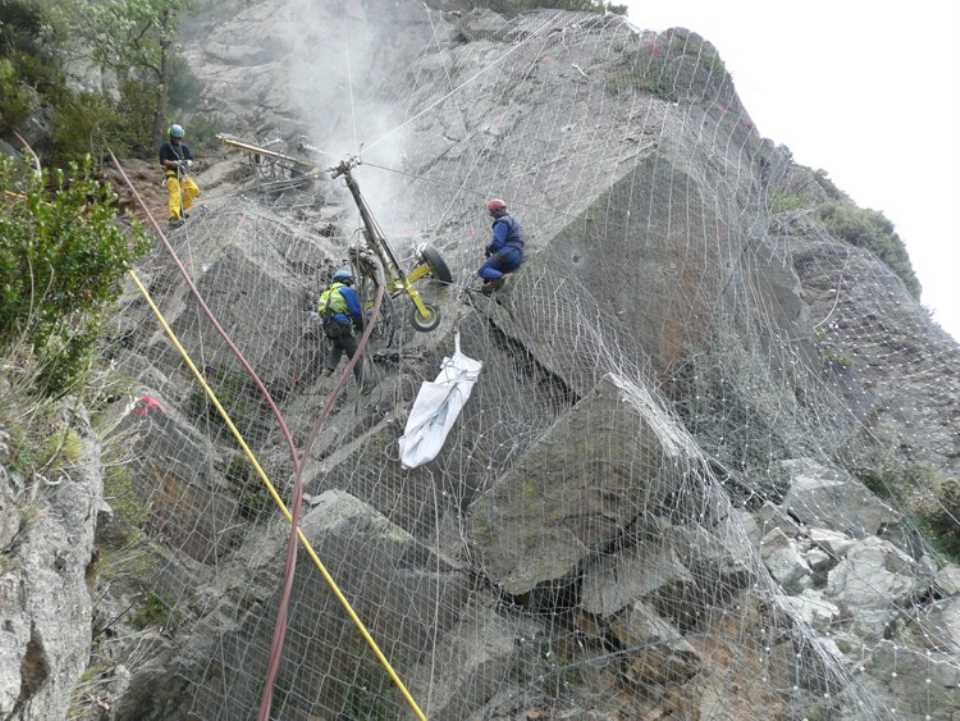 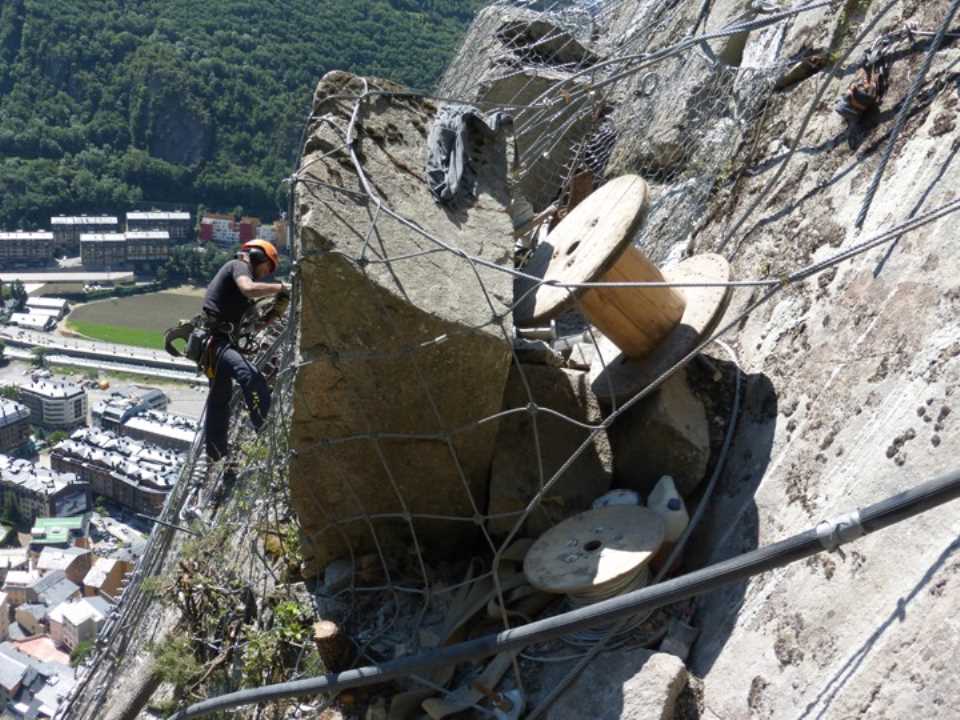 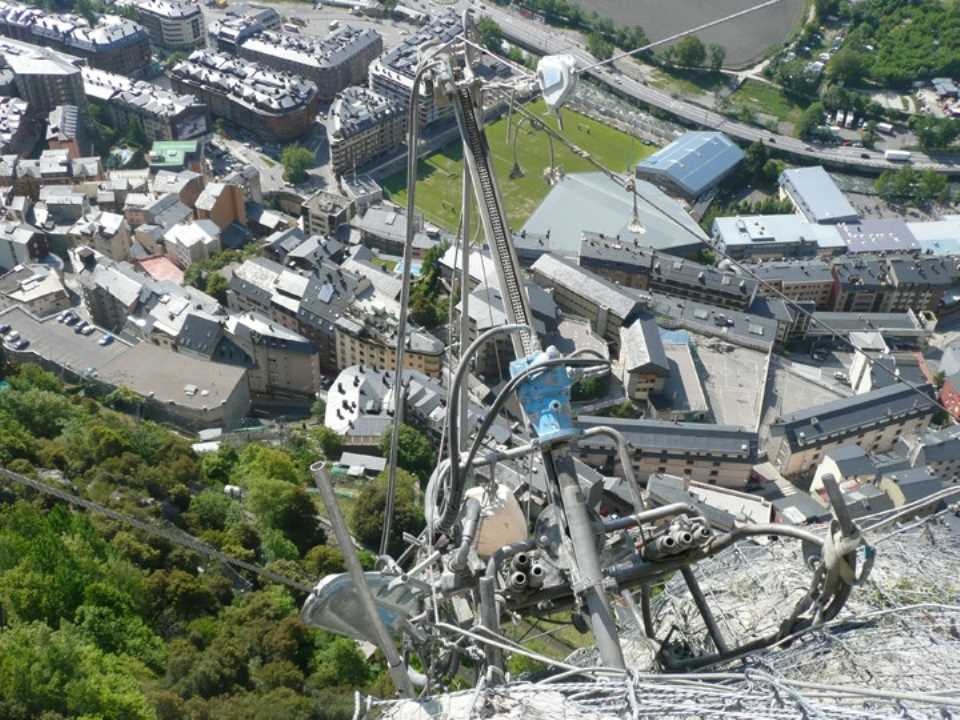 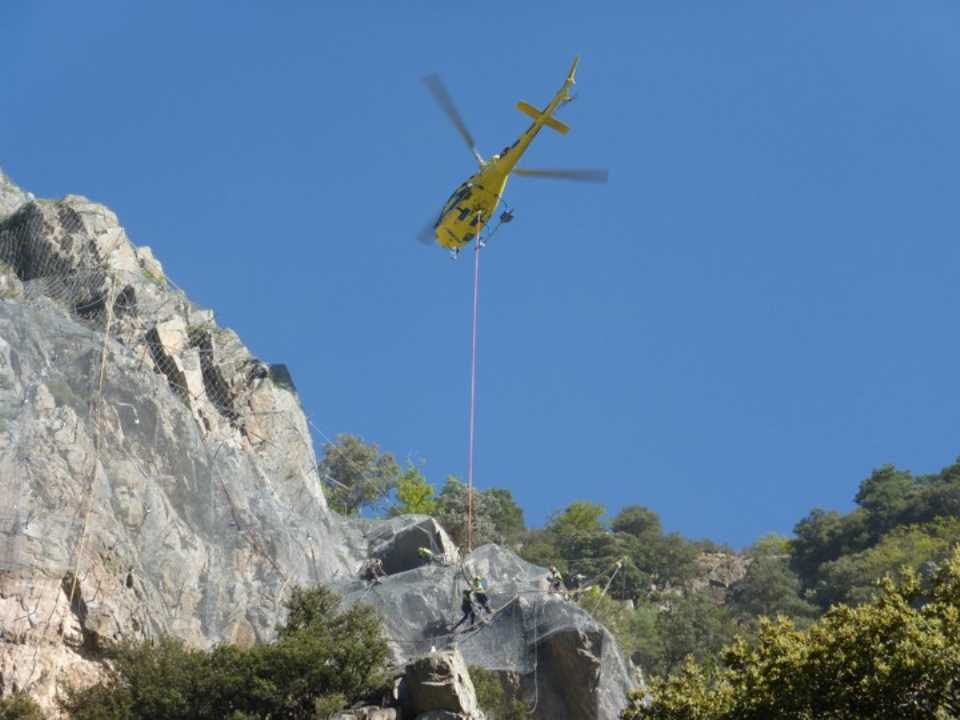 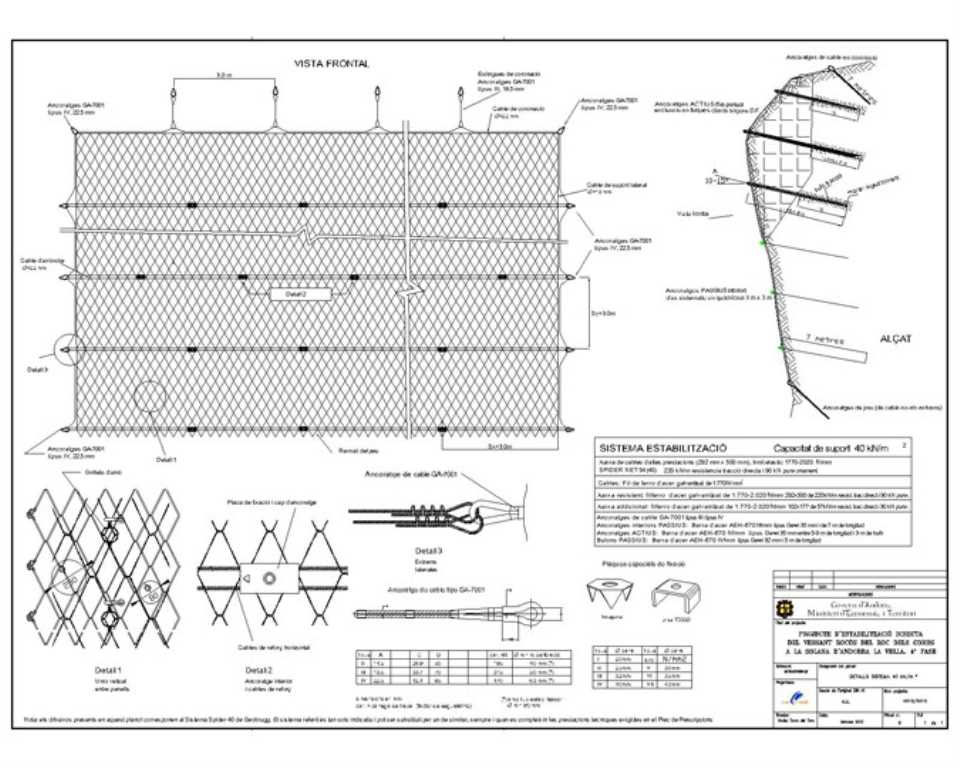 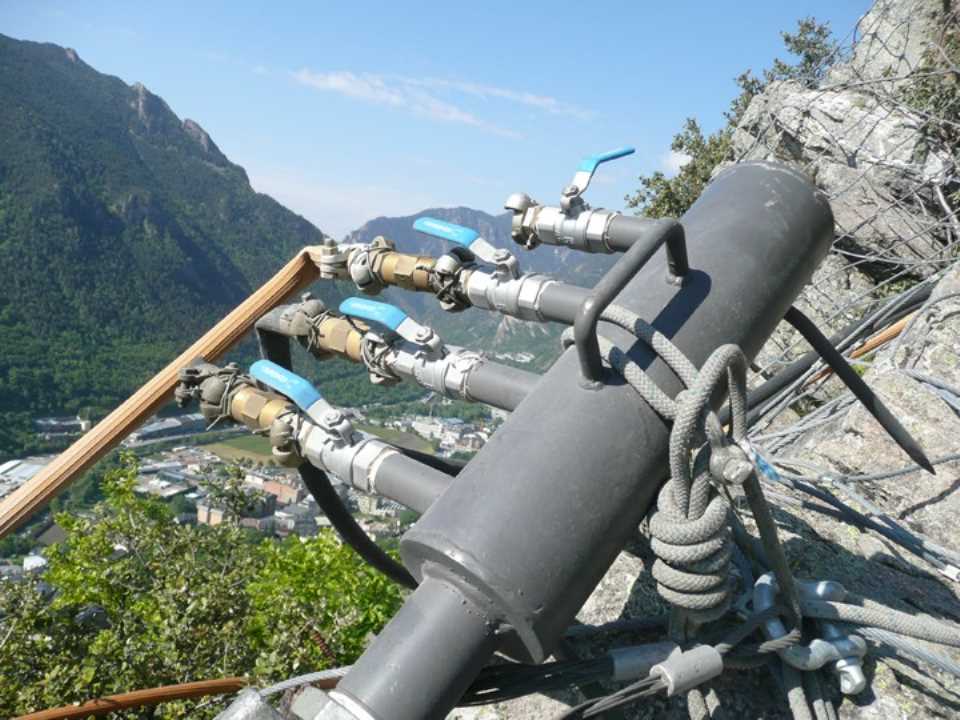 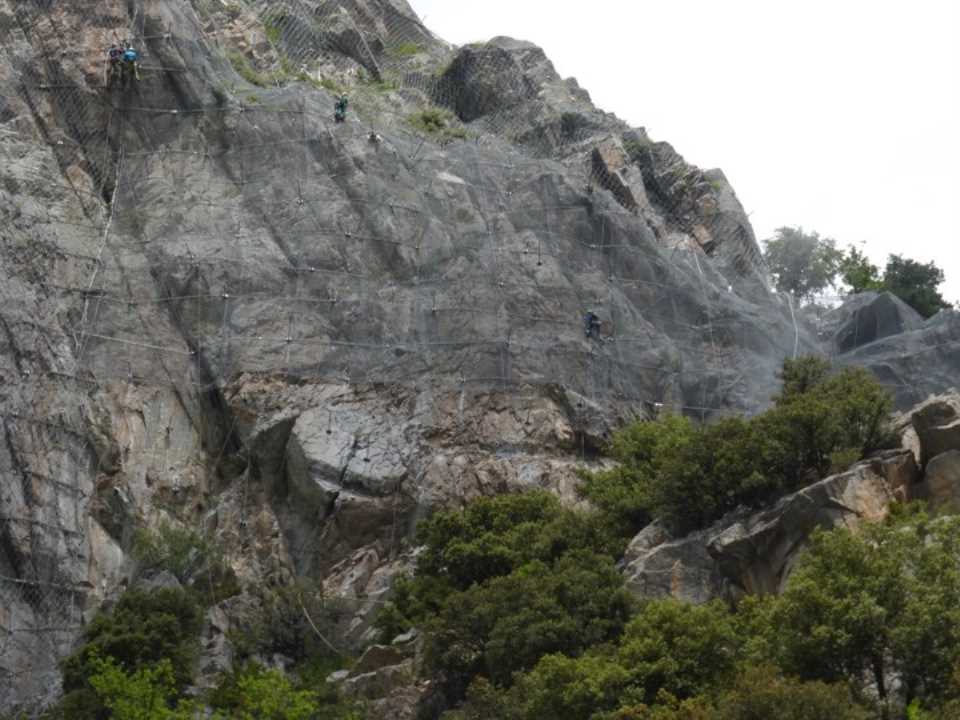 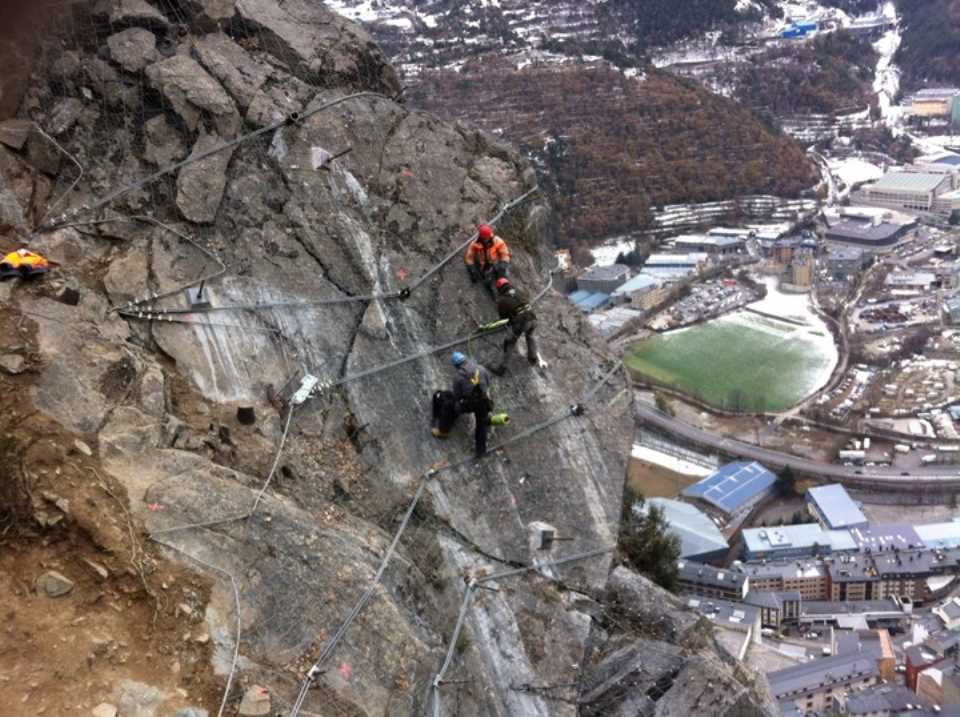 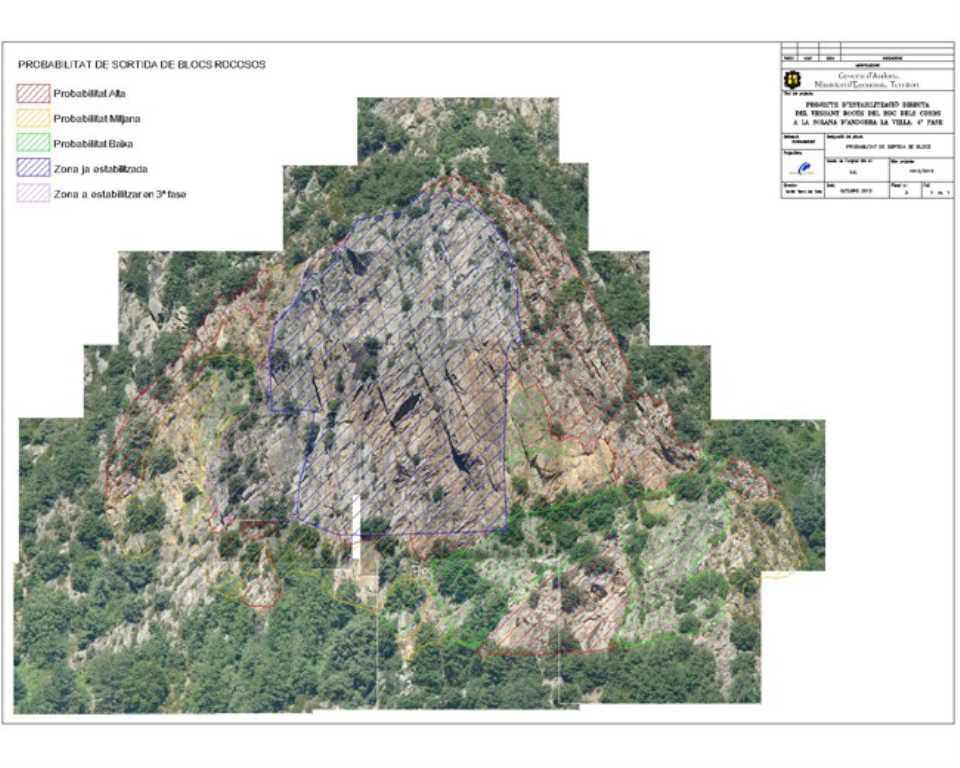